Over the past 100 years, the Martha Circle of Central Church in Jefferson City has been a continuous source of fellowship, faith, and mission. Formed in August 1921 as a quilting circle, the founding six members had one basic and Biblical philosophy: ‘Whatever you do to these the least of ye brethren, ye do to me.”

With that goal in mind, the Fifth Circle (later named the Martha Circle after Martha Berlekamp, wife of Rev. Edwin Berlekamp) set to work on their numerous charitable mission projects. Over the past 100 years those projects have included sewing clothing for orphanage children, making bandages and gowns for area hospitals, and quilting hundreds of blankets. They have used the proceeds from many of these blankets to financially support causes that were close to their hearts, and which furthered that initial goal: the Community Chest drive, the March of Dimes, the American Red Cross, the Salvation Army, the Samaritan Center, and the Ronald McDonald House, to name just a few.
Additionally, whenever the church identified a need, the Martha Circle strove to meet it, be it sewing Confirmation robes for Confirmands, donating to the educational fund of an Eden Seminary student who grew up in Central Church, sending additional financial support to the Evangelical Children’s Home, or holding ward parties at the Fulton State Hospital. 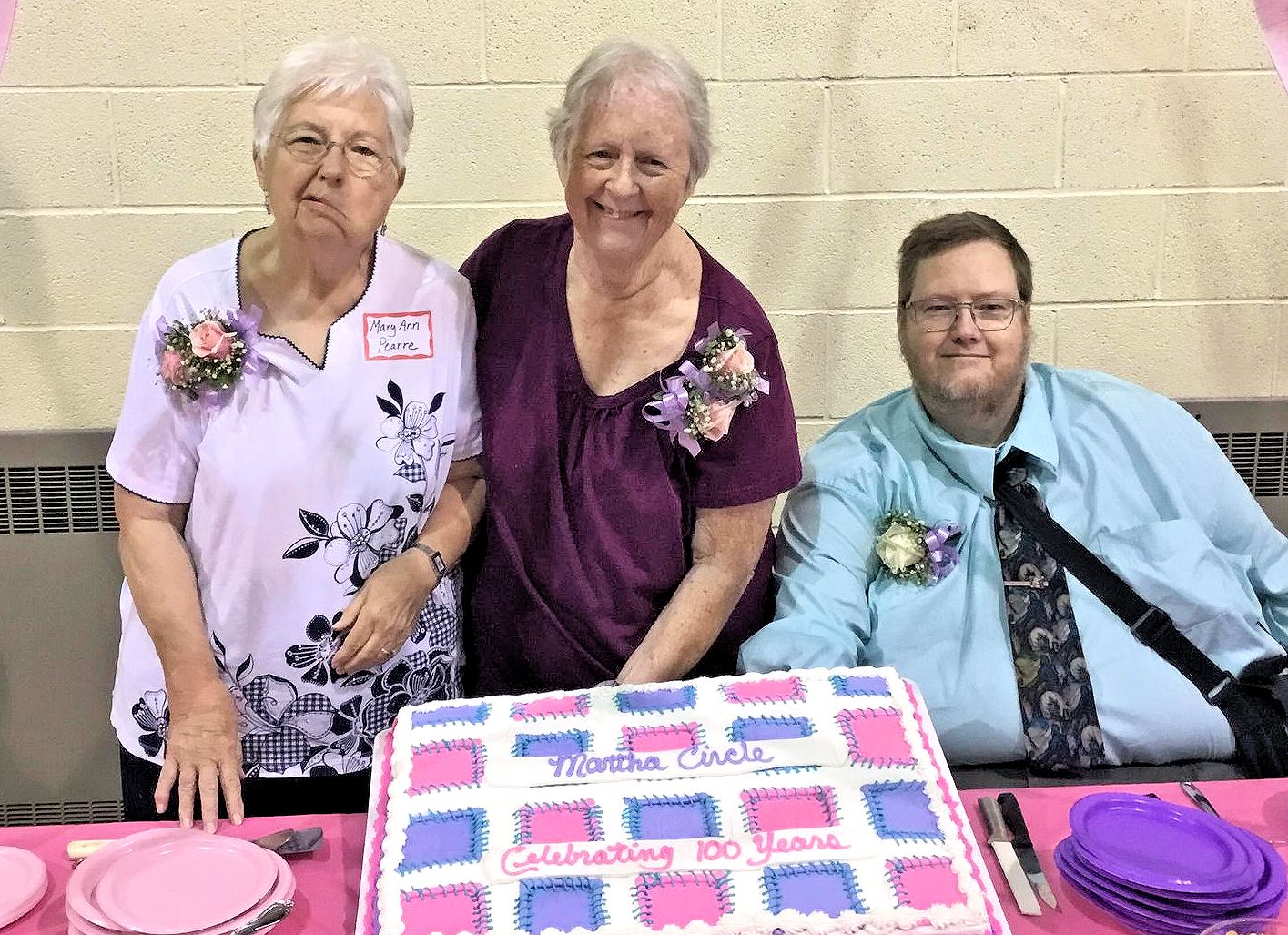 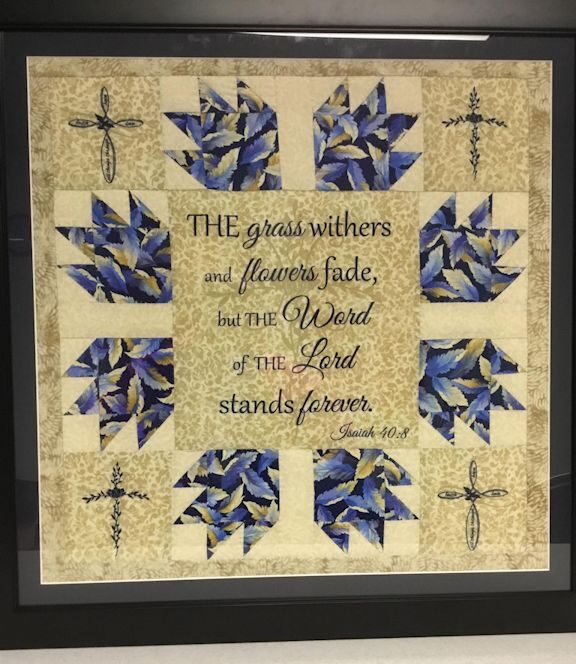 Commemorative quilt block presented to Central Church by the Martha Circle, to be hung outside of the Quilting Room.

The current members of the Martha Circle still hold true to that original founding philosophy. They meet weekly to quilt, and mission and service are just as important to them as fellowship and faith are. Linda Heller, Treasurer, feels they are called to help those less fortunate than themselves, and the Circle provides another means to do that. Mary Ann Pearre, President, found strength and support from the members of the Circle after the death of her first husband. Those friendships have continued to bring her back, although she also believes that this is a mission to help others and a service to God.

Central Church honored the Martha Circle Sunday, August 15th, during the 10:00am worship service, and the members were guests of honor at a luncheon following the service.

Congratulations Martha Circle on your 100 years of Faith, Fellowship, and Friendship as you continue your mission to the church and to the community in service of our Lord and Savior.

The Martha Circle 100th Anniversary Celebration was featured on the front page of the Jefferson City News Tribune on Monday, August 16, 2021.  Our thanks to the Tribune’s Gerry Tritz for covering the event and writing the story.

Over the past century, the church quilters have created hundreds of quilts that were sold to benefit charities including the Samaritan Center, Salvation Army, American Red Cross, March of Dimes and Ronald McDonald House.by Gerry Tritz Aug. 15 2021 @ 11:00pm 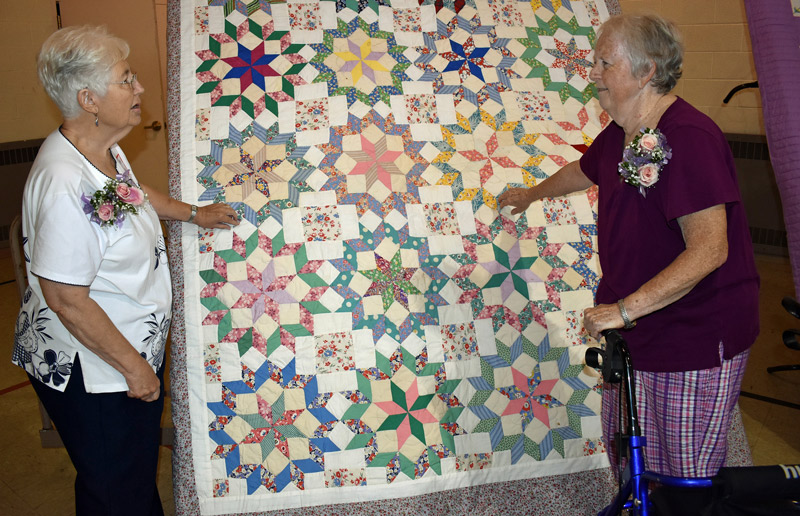 Mary Ann Pearre (left) and Linda Heller look over one of the quilts they created Sunday, Aug. 15, 2021, while it was on display at a luncheon celebrating the 100th anniversary of Martha Circle, the quilting guild at Central Church in Jefferson City.

Over the past century, the church quilters have created hundreds of quilts that were sold to benefit charities including the Samaritan Center, Salvation Army, American Red Cross, March of Dimes and Ronald McDonald House.

Heller suggested women in churches don’t quilt as much as they have historically in part because their children’s activities have become more involved.

Pearre said quilting clubs still exist, but machine quilting has replaced hand-sewn quilts for many. She and Heller favor quilts that are hand-made.

“We do what we do because we like it,” Pearre said. “And I think it’s a service. The missions you do are a service to God. You’re doing your part to serve and give back to the Lord for what he’s done.”

They meet each Wednesday morning, often with Alan Bagnull, who crochets while they quilt. He makes afghans and donates them to charitable causes.

He also helps the women with tasks associated with quilting.

“I enjoy spending time with them,” he said.

“We’re thrilled we made it thus far,” Heller said of the anniversary. “We enjoy getting together and we enjoy quilting.”

Bagnull said the quilters formed 100 years ago with six members and one basic biblical philosophy: “Whatever you do to these the least of ye brethen, ye do to me.”

In addition to quilting, Martha Circle in the past has sewn clothes for orphanages and made bandages and gowns for area hospitals. They have sewn confirmation robes and continue to provide each church pastor with a quilt.

Bagnull said new people will need to take up quilting for the organization to last another 100 years.

“They would be more than happy to teach people to quilt,” he said.